Altered States is a newer series of acrylic, casein, and flashe paintings on paper. They began simply as unabashed expression of qualities that I responded to emotionally and viscerally: the clarity of line, richness of color, beauty that I saw in Indian miniatures, Italian medieval art, and accumulated collections of natural objects.

The central form suggests landmass, a non-specific geographic shape with the ground being multiple layers of deep velvety color. Contained within this larger form are thousands of small dots, each painted with two semi-circular strokes in gold acrylic and powdered pigment. In the process of painting these dots, over time, shapes form, figures emerge. As I add more marks these figures disappear into their neighbors, and a larger shape appears. Eventually some remain visible, but more are absorbed into the shimmering scrim of gold; hidden. I’ve done a series of diptychs that are larger than I am. As I paint I feel that I’m travelling through a series of events, moving back and forth, up and down. The smaller pieces, painted at my table, can be seen in their entirety as I work, and are more intimate. These paintings are both more intuitively and more directly executed than other work- they have less “concept” to hang their hat on, less of a conceptual middle ground between impulse and object.

As in aerial photographs, the larger forms, in closer proximity, reveal themselves to be composed of smaller shapes. In some of the work I’ve clustered the dots more densely around the edges of the landform, like a map describing the population of a country. The repetitive and the additive nature of the marks suggests the barrage of information we pass through each day. The accumulation of visual information serves as noise and stimuli. But it also allows patterns to form as the mind tries to understand what it sees. It creates order from randomness.

Recently, I’ve been interested in the Altered States series as a sort of narrative- that allows the many little figures, relationships and events that come into being to remain visible.  Like in my words paintings, there are moments of recognition--“oh, that’s a  word”, or “oh, that’s an amoeba”. My impulse had been to camouflage them through the addition of surrounding dots, forming a dense impenetrable surface. Right now, as a source, I’ve been drawing from three prints that I’ve had since I was a child: The Broad and Narrow Way, The Land of Make Believe, and Bosch’s Garden of Earthly Delights.

All three have a strong moralistic viewpoint, and present choices through a journey comprised of a collection of events. Over the years I’ve tried to address them in some way, always too literally.  Altered States is an asemic visual version that is much closer to my intention. 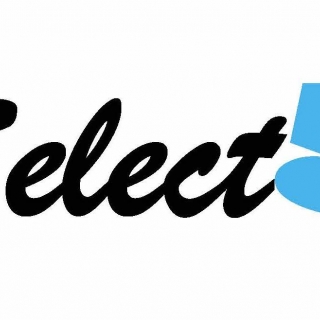