Rhythm is an “ordered variation of changes.” There is no rhythm “when there is a uniformly even flow, with no variations of intensity or speed,” when “variations of pulse and rest do not occur.”

New York, NY (CHELSEA) Garvey Simon Art Access is pleased to announce a solo presentation in Gallery B of recent prints by New York artist and master printer, Ann Aspinwall. The exhibition will run from December 17 – January 3, 2015.  A post-holiday coffee reception will be held on Saturday, December 27, 12-2pm. The artist will be present.

Two recent suites of prints are featured in this intimate show.

Tessuto Veneziano began conceptually in 2000, whereby the artist (living in Venice, Italy at the time) drew one freehand line as straight as possible. Under that line, she drew another, following as closely as she could the one above it.  Each successive line followed the line directly above, imitating all the curves and shakes. These imperfections, or deviations from the original line, became more and more prominent, each line being an interpretation of what came before it.  Ten years later, Aspinwall returned to this project. Reexamining it called to mind the strong influence of Venice on her art.  The texture of the work was reminiscent of water and fabric.  Unable to decide on one color for an edition, she chose ten combinations of colored lines on colored Japanese papers. The prints evoke the light and surfaces of Venice. The title of the series, Tessuto Veneziano, means “Venetian textile or texture.”

Aspinwall’s newest screenprints: Fortuny I, II, III, celebrate the colors and materials of painter, inventor, photographer, and fashion designer, Mariano Fortuny (1871–1949). The method of drawing was similar to that of the Tessuto Veneziano series, but here the line work is much larger and looser, suggestive of pleats and undulations. The lines often cluster together nearly in knots, or spread apart allowing the space between to come to the surface.

“Each of the three prints is a diptych of vertical rectangles in bold, vibrating colors. [They invite] a closer look, which reveals a nuanced and kinetic sense of shimmer and fold. The colors and lines are hot, electric and chemical—almost post-photographic, a flash akin to an X-ray.”

- Peter Power, Chair of the Department of Print Media, School of the Art Institute of Chicago

Ann Aspinwall (b. 1976 in New York) received her MA in Art History from the University of St Andrews in Scotland in 1998. She studied printmaking at studios in Scotland and Italy. She previously worked as a printer at Pace Editions in New York and as a Print Specialist at the New York Public Library. In 2012 Aspinwall and Knut Willich founded Aspinwall Editions, a fine art print publisher and print studio with facilities in New York and Rheine, Germany. Her work is in the permanent collections of the Museum of Fine Arts, Boston, the New York Public Library, and the Smith College Museum of Art.  She lives and works in New York.

Garvey|Simon Art Access is located at 547 West 27th Street, Suite 207, between 10th and 11th Avenues.  Gallery hours are Wednesday – Saturday 12-6.  Thursdays OPEN LATE,12-8pm, and also by appointment.  We will be closed Thursday, December 25 for Christmas and Thursday, January 1 for New Year’s Day. For further information, contact Liz Garvey at 917-796-2146 or liz@garveysimon.com. 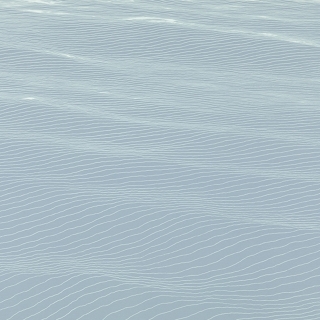