Collage and paint on paper

A group exhibition featuring works by six contemporary artists who explore flora in a wide range of media. This first-ever show co-curated by Ellen Hackl Fagan and Elizabeth Garvey combines artists from their respective programs.

Flowers, gently seductive in their ability to indelibly imprint upon us memories of first meetings, euphoria, and romance, inspire wonder. Flower Power explores both the materiality of flowers through different artistic media, and the entanglement of biological and emotional phenomena they represent. The six artists shown represent a variety of artistic practices, including ceramic, works on paper, and acrylic, and demonstrate the full spectrum from abstraction to realism. Each artist attends to the duality of their subject, offering up an array of technical innovations with which to capture the physicality of flora, and a diverse perspective on flora’s symbolic charge. Flower Power at once enhances and unravels the romance of its muse.

Christopher Adams’s ceramic sculptures play on the concept of adaptive radiation, whereby a pioneering organism enters an untapped environment and then differentiates rapidly without departing too much from its original form. While they have a biomorphic quality, the natural habitat for Adams’s sculptures is fantasy. His most recent iteration of the organism is suggestive of hibiscus flowers, although rendered in varying shades of gray. Ranging from a deep charcoal to blue-tinged pearl, the sculptures hover like specters over their terrain and appear frozen in time.

Jackie Battenfield is known for her luminous paintings and prints of flora. Her works explore her fascination with qualities of color and transparent veils. Her use of Mylar creates a bridge between painting and photography, as the fluid paints lie on the surface of this synthetic film. Because the Mylar does not absorb the paint, the pigment ebbs and wanes across the pictorial plane, evoking the fragility of flower petals. Almost photogram-like in their appearance, her works at once point back to and give new life to Edo-period Japanese screen paintings.

Daisy Craddock uses oil pastel to create tactile diptychs of fruits, vegetables, and flora. Her interest in microcosm and macrocosm converge in this work, and offer unique glimpses of her subjects’ interior and exterior texture and color.  Craddock’s diptychs take on a fresh scent with her morning glory series, Late Afternoon (3rd), and Morning (3rd). While the left sides of both works accentuate the rich, sumptuous depths of the morning glory’s indigo and violets petals, the right sides portray the gradation from pale yellow to corn blue in the interior of the flower. These color field studies challenge the boundary between abstraction and realism.

Sally Gil’s collages use floral imagery as a means through which to consider time. Not only do her works represent a process of organic accumulation, but they are coded with the lifecycle of the flower, as well. The convergence of these two temporalities is demonstrated in Inverted Black Hole, 2010. The lone daffodil sprouts from the fertilizer of past detritus and functions as a memento mori against the timeless void of the black hole. Her works are at once effervescent and weighted, nodding both to vitality and expiration.

Mel Prest explores color phenomena observed in landscapes and light. Her large paintings are about subtlety, creating tension with their attention to the all-encompassing atmosphere of the flowers’ surround—such as the scent of the evening and the kinesthesia of outdoor shape-spaces as they responded to temperatures and weather. Through hand-painted lines that become wobbly strata, and then accumulate into a soft geometry, Prest creates perceptual puzzles that tangle the illusion of two-dimensional space.

Sung Won Yun uses her highly methodical mode of abstraction as a means through which to represent biological processes over time. Her most recent body of work uses multiple layers of semi-transparent paper to concretize the experience of duration.  Her drawings explore flora at a molecular level, utilizing the depth of her pictorial field to endow her subjects with an ancient, almost primordial age.

Established in 2010, Garvey|Simon is both a gallery and art advisory service located in New York’s Chelsea district. Co-founded by advisor/dealer Elizabeth K. Garvey and contemporary collector, Catherine G. Simon, the gallery’s focus is on drawing, works on paper, unusual materials, design, and photography. Liz Garvey is also active on the secondary market, especially with major female artists of the 20th century.  In addition, we also enjoy championing artists from the Midwest.

Battenfield received her MFA in Visual Art from Syracuse University and a BS from Pennsylvania State University. A survey of her graphic works, Moments of Change, was organized by the Joel and Lila Harnett Museum of Art at the University of Richmond, and travelled to the University of Arizona Museum of Art. She is the recipient of a Pollock-Krasner Award and the U.S. Fulbright Specialist Program Grant. Battenfield’s permanent collections include the New York Public Library, NY, Joel and Lila Harnett Museum of Art, NC; and the United States Embassy Collections. She is the author of The Artist’s Guide: How to Make a Living Doing What You Love and teaches in the MFA Program at Columbia University School of the Arts. She lives in Williamsburg, Brooklyn.

Craddock received her BA in Fine Arts from Rhodes College and an MFA in Painting from the University of Georgia. Her work has been reviewed in Art in America, The New York Times, Art & Antiques, and Art News, and public collections include the Anderson Museum, the Newark Museum, the Memphis Brooks Museum of Art, the Milwaukee Museum of Art, the Roswell Museum, the Rubin Museum of Art, and the Weatherspoon Museum. Craddock is also the recipient of a Roswell Artist in Residency and the New York Foundation for the Arts, New York Arts Recovery Grant.

Sally Gil received her BA from UC at San Diego and her MFA from Hunter College. She has had solo exhibitions at The Bennington Museum, VT; Geary Contemporary Project Room, NY; and 571 Projects, NY, and group shows at The Fleming Museum, VT; Hudson Valley Center for Contemporary Art, NY; and The Brooklyn Museum, NY. Gil was an Apex Art Fellow to Sao Paulo, Brazil, and her work was included in the U.S. State Department’s Arts in Embassies program in Brazzaville, Congo. The artist is based in Brooklyn.

Mel Prest is an artist, curator, and educator living and working in San Francisco and New York. She received her BFA in Painting from Rhode Island School of Design and MFA from Mills College in Oakland. Recent solo shows include: Lilac Aura at Chandra Cerrito Contemporary and In Praise of Planetary Time at B Sakata Garo. Her works have also been included in group shows at Saturation Point ACME studios, London, UK; The Drawing Center, New York, NY; The Weatherspoon Museum of Art, Durham, NC; and IS Projects, Leiden, The Netherlands. Prest is the recipient of artist residencies at Ragdale, The Sam and Adele Golden Artist Foundation, Willapa Bay AiR, The Wassaic Project, and Vermont Studio Center. 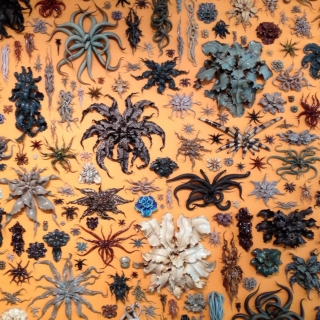 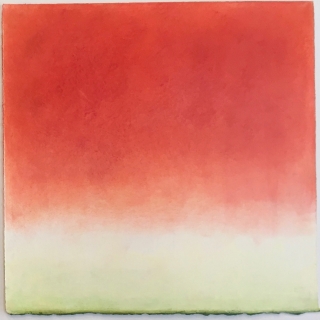 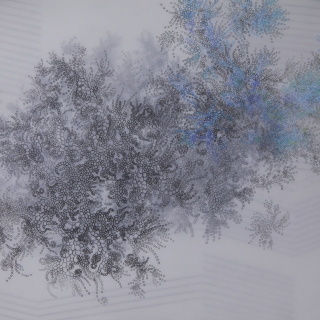 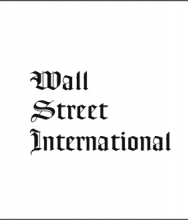