New York, NY (CHELSEA) Garvey|Simon is pleased to announce the exhibition, Jeanette Fintz: Worldline Schreiber Paintings… Plus, featuring a groundbreaking new series of work entitled Worldline Schreiber. The show is curated by Annette Benda Fox, and runs from September 7 - October 7, 2017.  This is the artist’s fifth solo show in New York City. A full color catalog with essay by Carter Ratcliff accompanies the show.

Fintz’s new Worldline Schreiber paintings (in the main gallery) leap into a spatially ambiguous zone via deconstructed linear geometry and a crystalline blue and white palette.   The artist is manipulating geometry to create clashing gestures and elusive planes, often evoking psychological states.  She uses two overlapping grid systems that destabilize the symmetry of the picture plane and offer a distillation and reinterpretation of her previous approaches.

To date, Fintz’s best-known abstract paintings have a vibrant color palette and kinetic, planar geometry derived from symmetrical grid systems. These paintings compose the second half of this exhibition and offer a counterpoint to her recent experimentations seen in the Worldline Schreiber works.

The term “Worldline Schreiber” came to Fintz in a vivid and influential dream, although she had no previous awareness of it.  The German, “schreiber” translates to “writer” in English.  In these paintings, the artist uses purposeful, geometric mark-making to reveal a narrative of space, matter and time.  “Worldline” is a term most often associated with time travel in both physics and literature.  In Einstein’s theory of relativity, time and space are mixed together: we cannot think of them separately.  A “worldline” is a path of an object in 4-dimensional space-time, tracing the history of its location in space at each instant in time. In science fiction and mathematical fantasy, the term is described as a filament with a spiritual component that follows an individual from birth throughout a lifetime, getting increasingly more complex as relationships entangle and time passes.

As manifold images arise from the artist’s fields of white, universal being in its all-encompassing generality takes on specific and thereby vital form.  The Worldline Schreiber paintings are revelatory.  Charging inorganic geometries with the richness of personal experience, they hold up metaphorical mirrors to the shifting complexities and clarities of our individual lives.

Jeanette Fintz is a native New Yorker and currently resides in the upper Hudson River Valley.  Considered a “painter’s painter,” she has exhibited her intelligent abstract work for the last 30 years; her work is collected both nationally and internationally.  Fintz is also an independent curator and art writer whose recently well-received curatorial project was The Ritual of Construction at the Kleinert /James Center, Woodstock NY (with full-color catalog). Her selected grants and awards include the Ingram Merrill Foundation Grant for Painting, The NYFA Fellowship for Drawing, and the E.D Foundation Grant in Painting.  She also received two sabbatical travel grants from The New School/Parsons to Spain and Turkey to research patterning systems. This is her first solo exhibition in NYC in 5 years. Previous solo shows in NYC took place at The Wall Street Journal Building Lobby, Rodale Press Building Lobby (both sponsored by the Durst Foundation), and Fox Gallery, NYC. Her work also graced the corridors of the Albany International Airport in solo and dual exhibitions. 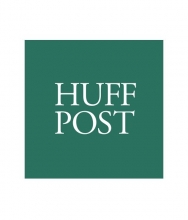 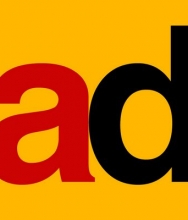 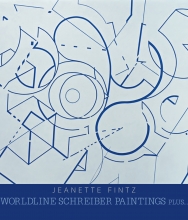